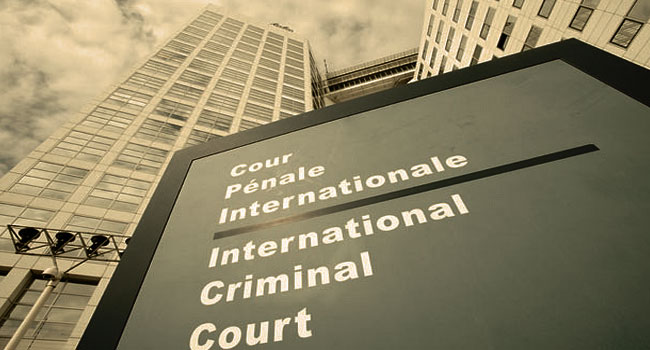 International Criminal Court is keen on tracing and profiling the assets of the six suspects charged with committing crimes against humanity following the 2007 post election violence. This follows a letter addressed to the Internal Security minister George Saitoti by the ICC Registrar Silvana Arbia asking him to trace, identify and freeze the property of the suspects pending the conclusion of the case. The move is aimed at thwarting the transfer of this property to third parties. This coincides with the recent release by Forbes magazine that listed the Deputy Prime/ Finace Minister Uhuru Kenyatta as the richest Kenyan with fortunes estimated at 50 billion shillings.

Under the Rome Statute, once a suspect has been summoned or a warrant of arrest issued, the ICC judges have powers to issue orders freezing the assets and accounts of any suspect at the request of the chief prosecutor.

Article 57 (e) provides that ICC seizure of a suspect's assets or accounts is done as a "protective" measure in case a suspect is convicted and fined and if cash is needed to compensate victims.

Once the suspect is tried and convicted, the judges can issue an order for transfer of such assets into the Victims' Trust Fund for disbursement to victims as reparations. But if the suspect is found innocent, the court must lift the freeze order.

Articles 57 (e) and 58 sets out how the court can issue a warrant while Article 93 compels the government to assist the court in "the identification, tracing and freezing or seizure of proceeds, property and assets and instrumentalities of crimes for the purpose of eventual forfeiture, without prejudice to the rights of bona fide third parties.

Under the International Crimes Act (2008), the government is bound to cooperate with the ICC regarding tracing and seizure of assets owned by ICC suspects.

Article 106 (a) and (b) of the Act states that where the ICC requests assistance in identifying, tracing and freezing, or seizing, any property for the purpose of eventual forfeiture, the Attorney General shall only give authority for the request to proceed only if he is satisfied the request relates to an international crime and the property is or may be located in Kenya.

Article 130 (1) of the provides that "any money or property, including the proceeds of sale of property, recovered as a result of the enforcement under this Part of an order of the ICC shall be transferred to the ICC".

ICC froze the assets and accounts of Congolese rebel leader Jean-Pierre Bemba who is on trial for crimes against humanity and war crimes allegedly committed during the conflict in the Democratic Republic of Congo.

Thursday, 08 December 2011
Fatou Bensouda, a Gambian lawyer aged 50, is to take over from Luis Moreno-Ocampo, as the International Criminal Court (ICC) Prosecutor from April... Read More...
Update on the ICC cases

Thursday, 23 May 2013
Kenyans are celebrating the prevailing peace in the land after a highly anticipated General Election. However, with a new Government in place, the... Read More...
What Next after 10/06/12?

Wednesday, 13 June 2012
By Joy Mdivo Important Points to Ponder after the events of 10th June 2012 Kenya is in the middle of fighting a war. The war is being fought from... Read More...
The AU, ICC and Kenya