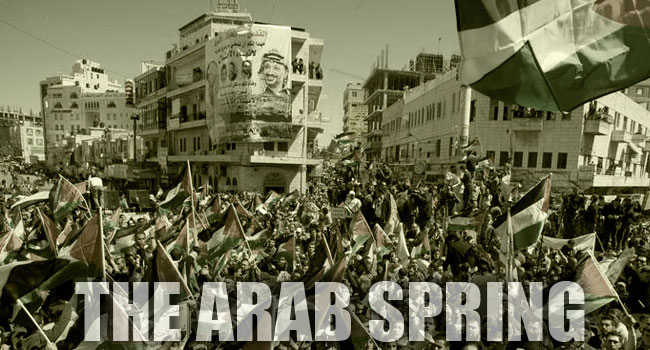 Arab Spring: After the momentum and the bounce where will North Africa rest?

Today I must admit I am writing about something of which I know nothing. I write as an observer, not an authority on the matters at hand. When the Arab spring started in grand fashion, I think none of us would have predicted the outcome. It has sometimes felt like when one has those dreams that they are falling in a hole, you keep falling and falling and never land. Somehow, mercifully, you wake up before you hit the ground. However, in several North African States, it was not a dream and the falling has come to a stop and they have landed with a thud. Since I have not lived under the rule of Ben Ali, or Mubarak, or Gaddafi, I shall not be one to discuss whether or not they deserved what was coming to them. I will speak of Moi and Kibaki and Raila instead. As an outsider looking in, it is difficult to miss the happiness, the euphoria, the joy at common folk finally bringing down the Tyrant and winning Freedom. We had our own "jubilation" in 2003 when Kibaki came into power and we saw the back of Moi. People were literally drunk with happiness and giddy with anticipation of a better Kenya without Moi. Our favourite chant was, "Yote yawezekana bila Moi" meaning, all is possible without Moi. In hindsight, I think we can all agree, not everything is possible without Moi, and the absence of Moi has not seen the demise of some of the things we attributed solely to his rule. We still have blatant impunity, corruption, scandal after scandal from the highest office to the lowest. A new ingredient we have now is a hands-off President, and so we now have added to the primordial soup, wrangles, infighting, power struggles and politics without end. I guess to a certain degree "yote yawezekana" (all is possible!) We have two governments rolled in one, it's a PNU/ODM sandwich complete with two centres of powers fondly referred to as The Principals. Moi had big governments, but this one is now epic. We have seen the construction of many new roads and the repair of some neglected ones, and a New Constitution has also been delivered. I hear this is called Legacy.

Why did I bother to delve into Kenyan politics yet I am supposed to be writing about the Arab Spring? Simple, a principle called "Similar Fact Evidence." There is a worn out cliché that there is nothing new under the Sun. This is one of those I know is true, because even the Bible says so. If it has happened before, it shall happen again somewhere sometime. Same script, different cast. I was glad when we had a change of guard, the Moi era had its good bits, but it also had many bad bits. However, when we embarked on almost deleting everything Moi, labelling people according to KANU regime remnants etc, we lost an opportunity: To take what was good with the Moi regime and to remove the bad and build new cultures there to grow new good parts to replace the old. My African brothers in North Africa are now in the same spot, albeit with a much bigger bang and at a higher price than we paid in Kenya. Three major "Tyrants" have fallen, and there is a vacuum that needs to be filled.

The Tunisian people led the way and keep leading, since they have now concluded an election. The winner of the election is the Islamist party, Al Nahda, is all set to form the next government. Tunisia has been fiercely secularist. That was one majority Muslim state where polygamy was outlawed, that is how progressive it was. However, religion and power are now back in the same saddle. How will this play out for Tunisian women? Human Rights? Should we turn back Iranian pages to learn how this may go? Or will Tunisian people write us a new script? I am still an observer, time will tell, I do not know, and I will not speculate. One Tunisian lady said on interview, (I paraphrase) that the new government has seen what they did to Ben Ali, so they know to not mess with any of the gains the women have. If I could have a conversation with her I would tell her, that they know how Ben Ali was toppled, but they will not be caught flat footed like he was, they will be ready for you.

The Egyptians followed suit not far behind. Mubarak and his sons are on trial, being locked up in a cage in a show of public humiliation, and jubilation for their detractors. The power vacuum left by Mubarak's exit has seen the rise of the Salafists, a radical Islamic group, as well as the Muslim brotherhood. This has left ties with Israel and the USA in real jeopardy. The army is stretched with weekly protests. One protestor complained that he has been protesting since he was 14years old, he is now in his mid thirties. He claims he has been chased and beaten more times in the last 8 months than in all his time protesting against Mubarak. The elections are slated for late November, and predictions are that there is less than a 20% chance of a secular or non-Muslim government taking the election. Coptic Christians have already had a run in with the Salafists, and several churches were burned and about 120 people lost their lives. Again, I pose, "yote yawezekana bila Mubarak?"

Finally, the latest news of the October 20th demise of Col. Muammar Gaddafi. This has been the loudest bang of them all, with the end of over four decades of power, wound up in a storm drain. The National Transitional Council, NTC has provisionally declared Sharia law to take over as they lay in place modalities of drafting new laws and a new constitution and organising elections, and handing over power..........The NTC at their launch in February 2011 insisted that they were not a caretaker government, but were only the political face of the resistance. However, this did not stop the Africa Union, and other Countries around the world from acknowledging them as the legitimate representatives of the Libyan people. That made it easier for them to take over as the government until the Libyan people have a chance to elect the leaders that will see Libya into the future.

The momentum is waning, the bounce is becoming weaker. Soon it must rest, and stop. Where will it stop? What does this mean for the region? Tunisia had made overtures towards the European Commission. Will the new regime continue this trend? Egypt was a strong ally to the United States and an important factor in maintaining peace in the Middle East. The most recent is the prisoner exchange that occurred in the last two weeks, which was mediated by Cairo. What does this mean for the Peace Process? For the minority Christians living in Egypt? What about Libya? The elections are projected to be in 2013, in the meantime we have Sharia. Will there be the transition from religious to secular? Will that bode more freedom, or it will be two steps forward, three steps back?

I drew an analogy of change with Kenya. My north African brothers, its a mixed bag. Change sometimes means exactly what you want it to mean, but sometimes you will find what you thought was Change will mean the exact opposite of what you meant. Take time to rebuild, to recoup, to regroup, then you can relaunch. Africa knows struggle well. We know pain and suffering first hand. We will walk the journey with you, not observe you from across the Oceans.

My prayer for all those in the Arab Spring, is that they are granted the desire of their heart, so that they too, can have the fruits of Uhuru, Freedom. May you find rest in favourable places, and may it give you and your children rest.