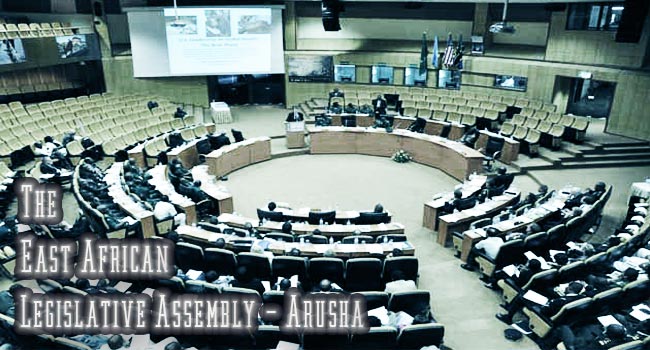 The East Africa Legislative Assembly recently passed a resolution to have the Ministers of the EALA institute proceedings that would have the trial of the four suspects of Post Election Violence in Kenya moved from The Hague to the Arusha based East Africa Court of Treaty. This was a very odd move, seeing as the Court was established to deal with disputes between East Africa Member States on matters relating to the interpretation and implementation of the East Africa Treaty. It has limited jurisdiction in civil matters that fall outside the Treaty and has no criminal jurisdiction at all. This attempt by EALA has been interpreted widely by commentators as being a push by Kenya to have the other sister states stand in solidarity with her in this matter.

This is despite the fact that majority of Kenyans not only want the trials in the Hague to proceed, but wish for the same to be expedited. Further to this, many have expressed a distrust of the local process in Kenya, and are unlikely to look favourably on an East African Process. The East African Community is supposed to foster EU like characteristics, with the main emphasis of co-operation being mutual financial benefit, rather than usurping the Sovereignty of member states. The Kenyan government has made no secret of the fact that they would prefer if the suspects were tried in Kenya, but recurrent decisions by the ICC trial chamber clearly show that this is unlikely. The most recent development was an indication by the Chamber that they would be ready to commence hearings within the next month or so.

The East African Law Society has responded to the recent resolution by the East Africa Legislative Assembly to have the cases of the four Kenyans facing trial at the Hague to the Arusha based East Africa Court of Treaty by urging caution. (A full statement can be read here) The East Africa Centre for Law and Justice stands on this same position, and in solidarity with the Kenyan people would prefer to see the trials commenced at the Hague allowed to follow through to the logical conclusion, not least, to give the victims of the PEV some closure and relief in knowing the truth about the Post Poll chaos of 2008. This is because, whether or not the four are found guilty, the fact is important information will be made public and a clearer picture will definitely emerge on the truth behind the instigation and execution of the violence seen in 2007 – 2008.

Update on the ICC cases

Thursday, 23 May 2013
Kenyans are celebrating the prevailing peace in the land after a highly anticipated General Election. However, with a new Government in place, the... Read More...
The ICC Ruling

Thursday, 19 January 2012
23rd January has become an important date on the calendar for many Kenyans because the International Criminal Court (ICC) is expected to seal the... Read More...
The ICC announces Post Election Trial Dates

Wednesday, 16 May 2012
Can Africa handle its own cases? This is a question many people may be asking themselves as confusion floats in the already politically polluted air.... Read More...