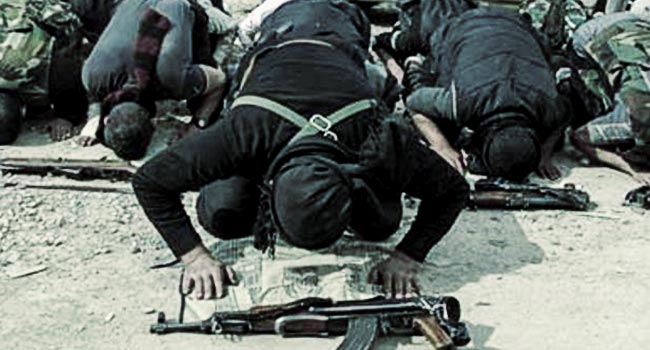 Reports from the recent Garissa University massacre indicate that Christians were a special target. Indeed, all 22 Christian Union members who had gathered in a hall for morning prayers were the first to be killed.
In the rest of the attack, non-Muslims had to prove their faith by reciting Shahada, a proclamation by new Muslim converts, failure to which they were shot dead. Meanwhile, Muslim students were spared.

Nearly a year ago, a Sunday service was brought to an abrupt end when terrorists stormed a church in Mombasa and killed worshipers indiscriminately. In the Westgate, Mpeketoni and Mandera attacks, non-Muslims were singled out for murder. Thus the key question is the religious motivation behind the terrorist attacks.

Though the matter has often been hushed for fear of stoking religious animosity, perpetrators of terrorism have never been afraid or cautious about identifying themselves with a specific religion. Unfortunately, the often repeated line in such circumstances, especially by government and Muslim leaders, is that the perpetrators of these evils are criminals out to tarnish the reputation of an otherwise peaceful religion.

This argument unfortunately is sounding increasingly hollow and fast losing currency. Church leaders are hard put to explain to their followers why they appear so helpless in the face of persistent attacks. It is becoming increasingly difficult for families who have lost loved ones to be comforted by the same old rhetoric. It follows therefore that we can no longer bury our heads in the sand and not confront the religious question in the war on terror.

Writing in the Washington Times, General Michael Hayden — former director of the CIA and the National Security Agency — reasons that we must be careful not to unfairly brand or alienate all of Islam or all Muslims. He, however, argues that "we risk confusing ourselves if we ignore the religious and ideological roots that some [terrorists] use to justify their violence against us."
According to General Hayden, the current spate of global terrorism comprises at least three struggles with roots in the Middle East. But the common thread across all three is Islam. There is the intra-Sunni battle in which ISIS, a fundamentalists Suni group is intent on creating an Islamic caliphate to replace the current Muslim states.

Then there is the Sunni-Shia conflict which pits the Shia states such as Iran, Iraq, Syria, and Lebanon against the Sunni monarchies and states like Egypt. The third is an ideological conflict between Islam and the West.
Some believe this last battle is founded on deep hatred for all that is Western. It is a hatred primarily directed at Israel and all their global allies — real or imagined. It has thus singled out America, Europe and almost all that is civilised. The battle is further premised on the false notion that Christianity is an arm of Western oppression and prejudices. The Church is seen as an extension of Western ideology that must be conquered.

In this region, for example, Al-Shabaab is our thorn in the flesh. It is believed this group has links and financing from Osama Bin Laden's Al Qaeda. It is believed Osama became deeply enraged when in 1991, King Fahd allowed American forces, with their rock music and Christian and Jewish troops, to wage the Gulf War from his homeland Saudi Arabia. Bin Laden thus configured the Al Qaeda network with one underlying purpose: launching and leading a holy war against Western infidels. Unfortunately, in this construction, the Church is considered part of the Western ideological framework. This partly explains the targeting of the Church. What can we do?
In a recent speech by President Abdel-Fattah el-Sissi of Egypt, he told Muslim scholars at Al-Azhar University that they must work in concert to correct and discredit the gross misinterpretations of Islamic scripture by the jihadists. We too need to seriously engage Muslim leaders, scholars, and the community at large to craft a narrative that can stem the radicalisation of our youth.

It is time Kenyan Muslims came out, not just in condemnation of attacks, but in a long term education of children and youth so that they do not fall easy prey to extremists. Because unless concerted efforts are taken, this nation is headed towards a religious war...a very frightening prospect indeed.

Rev. Dr David Oginde is the Presiding Bishop of Christ is the Answer Ministries

Tuesday, 10 April 2012
By EACLJ StaffIt has now become commonplace for politicians to make deals with religious groups in the run up to elections. During the recent cabinet... Read More...
The World Evangelical Alliance Statement on Garissa

Sunday, 12 April 2015
STATEMENT OF THE RELIGOUS LIBERTY COMMISSION OF THE WORLD EVANGELICAL ALLIANCELet's Eradicate Terrorism in Response to Killing of Christian Students... Read More...
Ignore the Church at your own risk. The vaccine is deadly.

Saturday, 01 November 2014
Tetanus is an incurable disease that infects the body through broken skin or wounds. The umbilical cord stamp of newborn babies is a possible entry... Read More...
Abortion Scope Widened