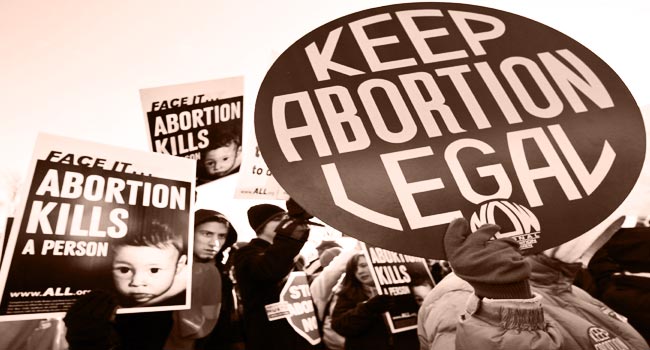 NEW YORK, March 17 (C-FAM) Activists and lawyers shared advice on how to exploit chaotic political situations to advance abortion rights during a recent UN side event. Panelists boasted of their successes in influencing the new constitutions of both Kenya and Nepal to include provisions allowing for legalized abortion.

"Strategic moments can surface in chaos," said Melissa Upreti, a legal advisor of the Center for Reproductive Rights (CRR). She advised audience members at the UN Commission on the Status of Women event to seize those moments as opportunities to advance abortion and "reproductive rights."

Activists at the CRR have swayed abortion policies by filing test cases to push the envelope on abortion laws. As a result of these lawsuits, many governments have adopted policies to ensure that access to "reproductive rights" includes state-funded abortion and contraceptive services.

Speakers from the Kenyan Federation of Women Lawyers recounted how just last February they were afraid, progressive reproductive health provisions would not be included in the new Kenyan constitution, due to vocal opposition by religious groups. At an informal discussion, a Kenyan audience member said, "We would not have won if the Christian denominations hadn't splintered."

The Kenyan women lawyers attributed their success to peeling away opposition in other Christian denominations and isolating the Catholic Church as the only major group in opposition to a constitutional article that provides reproductive healthcare rights, and legal access to abortion.

At another panel, with the entire Kenyan delegation and Minister of Gender present, experts explained that the new Kenyan constitution provides for international law directly in the legal structure, which may also at times even override local law. The new constitution also provides that the new rights, which include reproductive healthcare, are progressive and that the state must continually adapt to meet the demands of such rights.

A representative of the Center for Reproductive Rights spoke on their success in influencing the interim constitution of the Nepalese government, which was adopted in 2007. Progressive legal experts are celebrating Nepal's constitution as a major victory for abortion rights because it intentionally excludes a right to life. She highlighted its similar features to South Africa and Kenya, including rights to healthcare, education, and rights against exploitation in the name of custom and tradition.

The important distinction in the Nepalese constitution is that instead of a right to life it guarantees a "right to freedom, and to live with dignity." A legal advisor explained that the right to life, included in other constitutions, has been interpreted in favor of the fetus regarding abortion cases. This has sometimes deterred abortion activists; however, Nepal's constitution is a huge step forward for abortion rights and sets a precedent in international law.

The movement to expand human rights to include economic, social, and cultural rights has found many critics. Experts say that instead of ensuring economic and social progress, expansive rights eventually deter healthy economic growth and promote a social ideology that is not commonly shared.

The National Police Service
Thursday, 26 February 2015
Chapter 14 of the Constitution of Kenya espouses on National Security. Of importance is Part Four of this section which establishes the National... Read More...
March for Life 2014

Saturday, 29 March 2014
Once again Christian professionals, students from various institutions and other Pro-life members of society; young and old, came together for this... Read More...
The Maputo Protocol in line with the New Constitution

Thursday, 08 December 2011
The title of the protocol is Protocol to the African Charter on Human and Peoples' Rights on the Rights of Women in Africa, the name Maputo came... Read More...
Illegal Abortions on the Rise

Thursday, 08 August 2013
A recent survey has revealed that teenage pregnancies are on the rise. As a result, the Deputy President, William Ruto has issued a warning to chiefs... Read More...