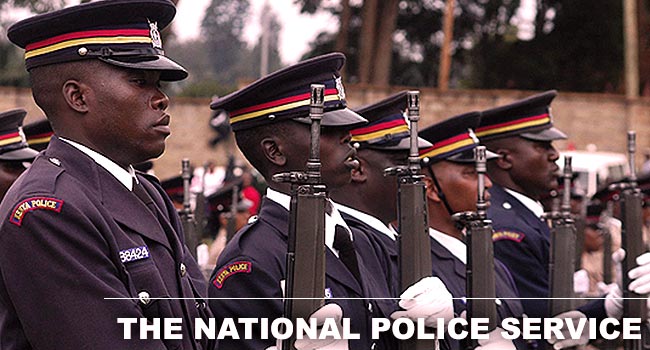 Chapter 14 of the Constitution of Kenya espouses on National Security. Of importance is Part Four of this section which establishes the National Police Service. Late last year, various occurrences struck to the core of Kenya's security and saw the sudden resignation of Inspector-General of Police Mr Kimaiyo and the replacement of Interior Cabinet Secretary Mr Joseph Ole Lenku with Kajiado Central MP Maj-Gen (Rtd) Joseph Nkaissery. The country's respective officials have now embarked on the process of vetting the nominated Inspector-General of Police Joseph Kipchirchir Boinett before he assumes office.

Article 243(1) establishes the National Police Service (NPS) which consists of the Kenya Police Service and the Administration Police Service. The objects and functions of the NPS as expressed in Article 244 of the Constitution are, to:-

The Office of the Inspector-General

The office tenure of the IG is a single term of four years, after which the IG shall not be eligible for re-appointment.
Lastly, the Inspector-General may be ejected from office by the President only on the following grounds:-

The sitting IG will be expected to quell the spate of insecurity and terror that has engulfed the country and oversee reforms in the police sector.

Saturday, 16 June 2012
By Joy Mdivo Article 35 in the Bill of Rights says every citizen has the right to access to information held by the state or any information that is... Read More...
The Court of Appeal Ruling on the Election Date

Wednesday, 08 August 2012
Last week Tuesday, the Court of Appeal upheld a lower court's decision to set the date of the upcoming general elections to be on 4th March 2013. The... Read More...
Kenya's First Possible Constitutional Amendment

Monday, 26 August 2013
Political temperatures have been high past few days with calls for a referendum flying left right from different quarters. The crisis so far has been... Read More...
Judicial Reforms