The Walk to the Ballot (Bonus): the Aspirant’s pre-election walk 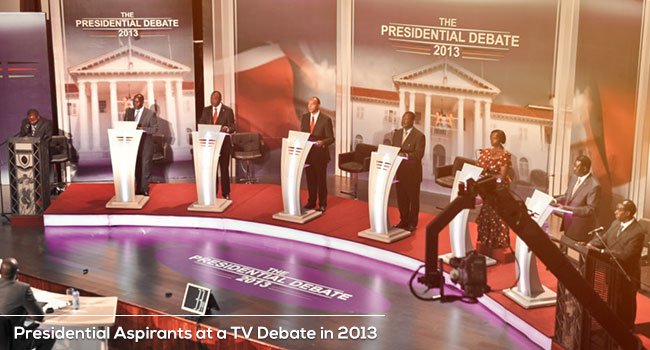 We are here, the year everyone’s been talking about, the year where making history is inevitable; Kenyans are expected to go the polls on the 8th day of August. Do you aspire to become an elected leader? Well, today I am going to talk about an aspirant’s privileged walk to the ballot that takes place way before the elections.

The Constitution assures every citizen the right to free, fair and regular elections based on universal suffrage and the free expression of the will of the electors for—(a) any elective public body or office established under this Constitution; or (b) any office of any political party of which the citizen is a member.

This particular walk to the ballot involves an arguable race of blowing one’s trumpet and aligning with ‘like-minded’ (or somewhat interest based) affiliations. The Constitution of Kenya 2010 brought with it an alternative for political affiliations in the name of independent candidates. To enjoy the political right of vying for an elective post, one must be nominated by a registered political party or apply for nomination as an independent candidate.

“A political party shall nominate its candidates for an election under this Act at least forty-five days before a general election under this Act in accordance with its constitution and nomination rules. (2) A political party shall not change the candidate nominated after the nomination of that person has been received by the Commission: Provided that in the event of the death, resignation or incapacity of the nominated candidate or of the violation of the electoral code of conduct by the nominated candidate, the political party may after notifying the candidate that the party seeks to substitute, where applicable, substitute its candidate before the date of presentation of nomination papers to the Commission. (3) Notwithstanding subsection (1), in the case of any other election, the Commission shall by notice in the prescribed form, specify the day or days upon which political parties shall nominate candidates to contest in a presidential, parliamentary or county election in accordance with its constitution or rules, which shall be at least forty-five days before such election. “

The first step for all aspirants is identifying the specific post one wishes to vie for. There are six elective posts namely the President, Senator for each county (47), Member of National Assembly for each constituency (290), woman elected by voters to the National assembly in each county (47), Governor for each county (47) and Member of County assembly for each ward (1450). Selecting the post of choice will pave way for the qualifications stage as set out in the constitution and its enabling statutes. Basically, there are three major qualifications one must possess to be eligible to vie for a political seat, namely;

In line with the election laws, the Independent Electoral Boundaries and Commission (IEBC) have published the dates and deadlines for requirements ahead of the upcoming general elections. They include;