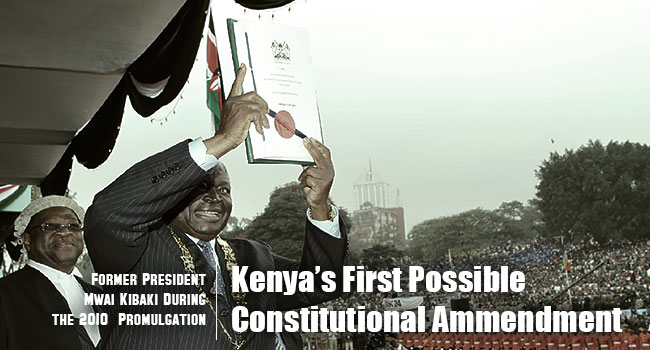 Political temperatures have been high past few days with calls for a referendum flying left right from different quarters. The crisis so far has been the intent of these quarters as their calls for a referendum seem to be different.
Already political battle lines have been drawn and the Jubilee government has accused the Coalition of Reforms and Democracy [CORD] of manipulating the calls for a referendum to push for its own political agenda. Initially the bid to push for more powers for Senators with regard to determining county revenue allocation was a uniting platform for senators from both CORD and Jubilee. Through its Senators, CORD seeks to change the Supreme Law of the land so as to increase allocation of funds to the county governments and enable the Senate realize more powers in deliberating the revenue allocated to the respective counties. This comes amid fears that there is a deliberate scheme to sabotage devolution especially through the creation of a Department of Devolution and Planning to be in charge of devolution.
Those supporting a referendum feel that the 210 billion shillings allocated to the counties are insufficient to cater for county expenditures and instead 258 billion shillings is what will be required for effective development in the counties. CORD leader, Mr. Odinga has stated that the referendum would make it possible for county governments to receive more funds, empower the Senate and devolve many more functions of the national government
However, Jubilee senators threatened to pull out of the bid due to CORD's decision to use the referendum to change the Presidential system of government to a Parliamentary one where MPs will transform themselves into an 'Electoral College' to elect the president. This was being fronted by a movement dubbed 'March 4 Movement'.
The movement intended to amend Article 138 (4) of the Constitution which states; '...A candidate shall be declared elected as President if the candidate receives; (a) more than half of all the votes cast in the election; and (b) at least twenty five per cent of the votes cast in each of more than half of the counties... . This was to ensure that the next president is elected by an 'Electoral College' rather than by popular vote.
In applying the Electoral College method, in order to be declared winner in a Presidential Election, one must receive at least more than half of the 431 college votes cast by MPs, senators, women representatives and governors elected in a general election. The members argued that the move will reduce the hostile tribalism, electoral fraud and marginalization of ethnic communities, which according to them are the main factors alleged to have compromised the 2013 General elections.
CORD has however abandoned the latter calls for Constitutional amendments to change the country from a presidential to a parliamentary system, and now focused on the allocation of funds and more powers for the Senate.
According to the Constitution in Article 257 (1), one million signatures from registered voters need to be collected for the referendum process to kick off.

Wednesday, 07 November 2012
Following a public outcry against the alarming rate of impunity within our country's Judicial system, the Judges and Magistrates Vetting Board (JMVB)... Read More...
Judicial Reforms

Saturday, 28 April 2012
Reforms in different institutions are among promises that came with the promulgation of the new constitution. With the recent report on the vetting... Read More...
An In-Depth Look At The Elective Positions

Tuesday, 15 January 2013
There are six elective positions that the electorate will be required to elect leaders come March 4th. This is a new phenomena introduced by the new... Read More...
Is The Goal of Islam World Conquest?

Thursday, 03 June 2010
The following is a statement by the late Ayatollah Khomeini about the goals of Islam. Islam makes it incumbent on all adult males, provided they are... Read More...