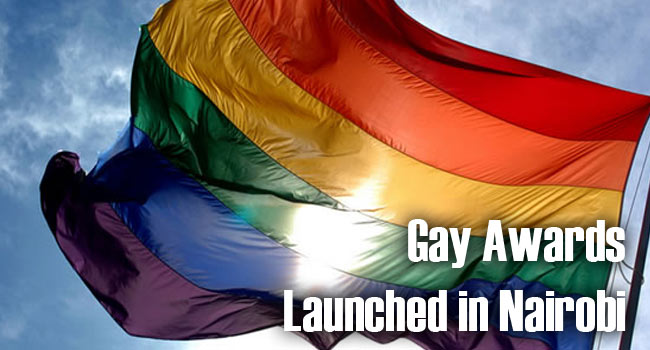 An event honoring Lesbians, Gays, Transsexual, Intersex and Queer individuals (LGBTIQ) was held on Saturday. The first gay and lesbian awards was organized by the Kenya Human Rights Commission (KHRC) and the National Gay and Lesbian Human Rights Commission (NGLHRC) and was launched to honor LGBT people for their contributions to the Kenyan Society. The event which was held at Charter Hall Nairobi also saw politicians, employers and journalists committed to advancing equality and social acceptance of LGBT people awarded. The main aim was to encourage inclusion, tolerance and a respect for sexual diversity.

The organizers said that the event aimed at initiating public dialogue on inclusion, tolerance, respect for difference and the need for peace.

The KHRC and NGLHRC said that they are committed to promoting dialogue on sexual and gender diversity. They added that they wanted the full participation, equality and inclusion of LGBT individuals in the Kenyan society. It is their vision that all Kenyans engage in constructive public dialogue on issues of sexual orientation and for them to desist from hateful monologues that are intolerant of difference.

"This is in pursuit of the national values of human dignity, equity, social justice, inclusiveness, equality, human rights, non-discrimination and protection of the marginalized as articulated in article 10 of the Constitution of Kenya," they said in a statement.

The statement added, "we reaffirm that the agenda of sexual rights is not about creating 'new' rights, but rather acknowledging that people have same rights. This includes the right to sexual orientation and gender identity and to participate and be recognized in the economic, social and political life of their community with and beyond their sexual identities and preferences."

Extending equal rights to people in same sex relationships is a contentious issue in Kenya. Sodomy is punishable under the Kenyan law with a penalty of 5 – 14 years imprisonment and homosexuality is taboo for many in a country where religion is strong.

The event held on Saturday is intended to represent a break from the past. Both the KHRC and the LGBTIQ intend to host this event again next year.

It should be noted that the Kenyan Human Rights Commission is not the Constitutional Commission but the civil society body that has been at the forefront of pushing the gay agenda in Kenya.

Sources: The Standard Online and allafrica.com

Friday, 06 July 2012
By Melissa Lukulu The new constitution is a document that most Kenyans gladly accepted and voted for vehemently during the referendum. Despite the... Read More...
The Gay Debate

Tuesday, 14 February 2012
BY Joy Mdivo The Gay Debate: Simply Different Strokes for Different Folks! KTN recently aired a series titled "The Muffled Killer" an expose on the... Read More...
The Issues With the New Constitution

Monday, 12 April 2010
Issue No.1: Homosexuality: There have been homosexuals among us, as our brothers, and sons, however, it is a practice frowned upon, and practiced in... Read More...
The Gay Agenda in Africa

Monday, 06 August 2012
Just over one month ago, towards the end of June, the American Ambassador to Kenya, Ret General Scott Gration resigned from his position, citing... Read More...