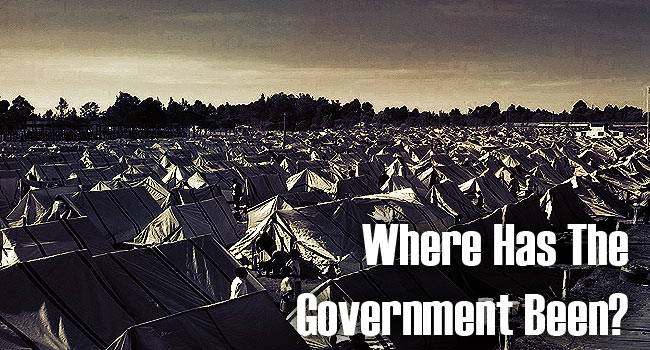 It is said ...'justice delayed is justice denied'...It's now more than four years after the General Elections in 2007 and the country is about to go to for the next elections, yet we still have many Internally Displaced Persons (IDPs) who are homeless with no source of income, following the post-election violence.

The Government has been making promises to resettle them all, however it clearly is still a work in progress. The IDPs are now crying out to be treated equally as the others and be resettled as well as compensated.

It is the responsibility of the Government to ensure that its people are living in conditions that are bearable and have access to basic meals. Kenya still has a number of people living in deplorable tents in the camps they occupied, and even lacking a basic meal to sustain them. Article 43 of the Constitution states that, every person has the right:

The Government may have offered compensation and the necessary requirements to some of them but there is need for it to be spread out evenly. The IDPs claim that the government's focus has mainly been in the Rift Valley leaving out those in other areas.

They have solid grounds for their protest considering Article 27 (1) of the Constitution which states, 'every person is equal before the law and has the right to equal protection and equal benefit of the law.' The latest group to be resettled is IDPs from Gilgil's 'Ebenezer Camp'. 80 families have been moved to Laikipia and Miti Mingi areas.

This demonstration came after the ICC verdict which saw four of the Ocampo six being confirmed for trial. The Government reacted to their confirmation in less than 48 hours and yet it has taken them more than four years to respond to those who were seriously affected by the violence. The fact that the confirmed are a part of the government does not necessarily mean that they get special treatment. If anything the government should attend to the IDP's first.

In a strange turn of events, the government is now set to spend over Sh3.2 billion to restart 5,000 post-election violence cases against those suspected to have played a role in the post election violence which have been lying dormant at the office of the Director of Public Prosecution (DPP) for the last four years. The timing is worrying since it's like the government was waiting for the ICC ruling for them to act.

It is the view of many that this move may turn out to be dangerous considering the current politically heated atmosphere. The fact that Kenyans have not totally healed may not work well with the re-opening of wounds suffered during the chaos.

The government may be trying to prove that its judicial system is good enough but it is the fear of many that it may be selective when it comes to convicting those in power. This is in consideration of the delayed action against the post-election violence suspects hence the preference of ICC to handle the cases.

Thursday, 03 October 2013
4th March 2013 marked the first General Elections exercise under a new Constitutional dispensation. It was also recorded as the biggest election as... Read More...
Who Are The Real IDPs?

Friday, 13 September 2013
6 years on and it is sad to see the state of most Internally Displaced Persons (IDPs). It is in fact distressing that up until now we still have IDPs... Read More...
Election Date Update

Thursday, 01 December 2011
Kenyans expect the upcoming historical elections to be free and very fair; especially now that the Independent Electoral and Boundaries Commission... Read More...
Top Ten Reasons The Church Is Saying NO

Thursday, 03 June 2010
By Joy Mdivo Here are the broad strokes why the church is saying No Article 2 (6) - The provision that International Conventions and protocols... Read More...