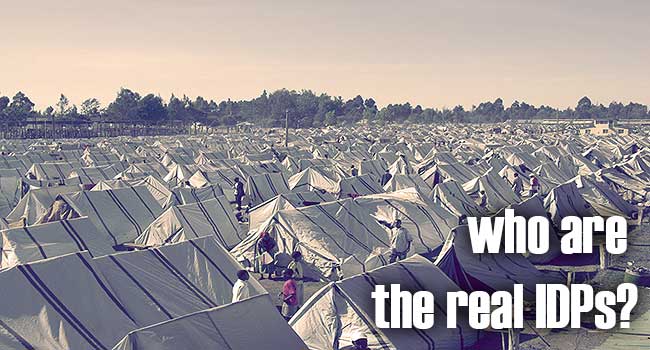 6 years on and it is sad to see the state of most Internally Displaced Persons (IDPs). It is in fact distressing that up until now we still have IDPs in our country. Needless to say, confusion has wrecked the process of compensating these people, only making the situation worse. While some are enjoying the reap of the promises made in regard to resettling them, some individuals are still hoping to see the light in regards to receiving compensation.
Recently President Uhuru Kenyatta and his Deputy William Ruto launched a 3.2 billion cash payment programme for the Internally Displaced Persons. The launch, which kicked off the closure of all IDP camps in the country, would ensure that each household receive 400,000 shillings.
However, although the Devolution Cabinet Secretary Ms. Ann Waiguru stated that her ministry had finalized measures to have all the camps closed by 20th September, a group of displaced persons is said to be suing top government officials, as they are challenging the IDPs' compensation list. Prior to the filing of this case there had been several complaints in regards to names missing in the compensation list in areas such as Ruring'u in Nyeri County and Gucha area. So obviously the issue is not new.
In dealing with an issue as grave as this, it is imperative to note that organizational skills are essential to ensure that every man gets his pay. The state in which such individuals have been left is in serious breach of socio-economic rights that have been enforced in the Constitution. Many are homeless and lacking essential amenities such as clean and safe, water. The highest attainable standard of health, education and housing which are included in the catalogue of socio-economic rights in Article 43 of the Constitution are also missing. By sweeping these issues under the carpet, the government could only be making the situation worse as many of these displaced persons have to find alternative ways to fend for themselves and their families.
The application of the distraught persons was however dismissed for having too many individuals listed as the respondent to the suit and they were given two weeks to adjust their application and seek legal aid. It is clear that the said persons represented themselves and are out to seek justice no matter the case.
Similarly another family is suing the Attorney General, seeking compensation from the government after acquiring a loss amounting to 25 million. Even after giving notice to the Attorney General 2 months earlier, they have not received any response. It is clear from the 3.2 billion cash payment that the government is working but the question is how hard is it working? One does not get rid of a problem by only solving part of it, but by but by solving the whole problem.
This is an issue that is way overdue and a permanent solution needs to be implemented. The issue of politicizing the resettlement process has so far left the IDPs suffering more than can be imagined. It is a call to the government of Kenya to set its priorities right and ensure that its citizens are well taken care of and have access to all the basic necessities.

Where has the Government Been??

Thursday, 09 February 2012
It is said ...'justice delayed is justice denied'...It's now more than four years after the General Elections in 2007 and the country is about to go... Read More...
Bensouda's Visit

Friday, 02 November 2012
The International Criminal Court (ICC) prosecutor's anticipated five-day visit to Kenya came to a final point last week after she had addressed what... Read More...
Kenya and the ICC: To Remain or to Withdraw?

Wednesday, 11 September 2013
Kenya and the ICC: To Remain or to Withdraw, that is the Question. The last two weeks have been very eventful in the Kenyan experience. Today, the... Read More...