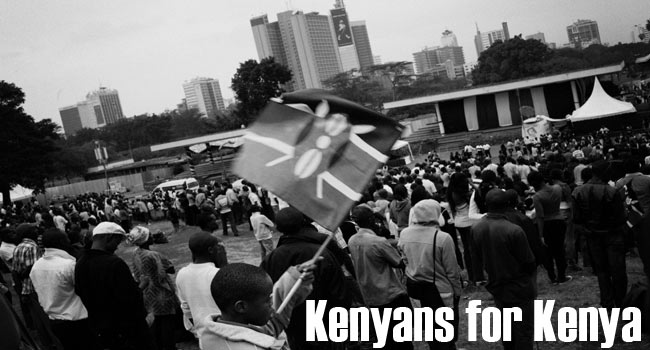 Disappointment... this is a word whose meaning Kenyans have in the recent past had to unwillingly bear every single day of their lives. Development on the other hand, which is what most of them expected to experience especially after voting in a new constitution, has been a rare occurrence in many sectors affecting them.

Many things are happening in the country all at once and it is either the pressure that is too much for the government to handle or it's simply incompetence, ignorance and/or some sort of political gimmicks. For instance, climatic changes have largely been blamed for the drought season currently being experienced in the country and the horn of Africa at large. Of course that would be the first thing to blame but think again, were we not warned by the weather man about it?? Well, that might regrettably have been his moment of (what is often said) 'playing a guitar to the goats'.

The statement may sound callous considering it is our 'esteemed' leaders who are largely responsible through their ministries, but before any judgment is passed consider this; were there any serious preparations made prior to the onset of the drought, for example taking food stuffs to the region way before the drought set in, practice of any irrigation schemes or sinking of any boreholes in the desert area?

The Prime Minister came to government's defence by blaming the local media for "misrepresenting facts" about it's response in mitigating the impact of the prevailing drought. He further explained that the government has acted to its BEST ability to cushion affected people from the ravages of the biting famine.

The government spokesman Mr. Alfred Mutua has shocked Kenyans by stating that they (the government) are not aware of any deaths in the Northern part of Kenya! Are our leaders really Kenyan, or do they just fall from another planet? Must these distressing situations affect them directly so as to react? They have totally lost touch with reality, just focusing on things affecting them only. These things as we all know revolve around money and power.

Well, we do agree that the government has acted, but the big question, is it good enough? If what the government has done is the best it can, according to the PM's statement, then we as Kenyans are in big trouble. At the moment people especially women and children are suffering as they face extreme drought conditions in Turkana. Although Kenya has received aid from the UN and other countries to help alleviate the burden of feeding these millions, prior planning would have been better. It is not easy to raise billions of shillings and also have food transported in bulk in a short emergency period. If it wasn't for the very media being blamed for 'misrepresenting facts', Kenyans from other corners of the country would have no idea what exactly is happening in the north and how serious the situation is.

The sluggish way in which the government is handling the dire situation facing our fellow citizens has compelled able Kenyans to organizing for monetary contributions. The contribution will be used to buy food, medical supplies and other urgent necessities. The targeted amount is half a billion shillings to help alleviate the burden and save lives. The election year is around the corner and as usual some shameless leaders have already started campaigning ahead of time, instead of dealing with urgent situations first. Kenyans, once again let us be wise in our thinking and actions. Vote in leaders who will work for you and not against you. Vote for leaders who will have our best interests at heart and not just to fulfill their selfish desires. We have the ultimate power to chose competent leaders.