Terrorism, Religious Extremism and Persecution: A scourge that hurts the Church in Kenya. 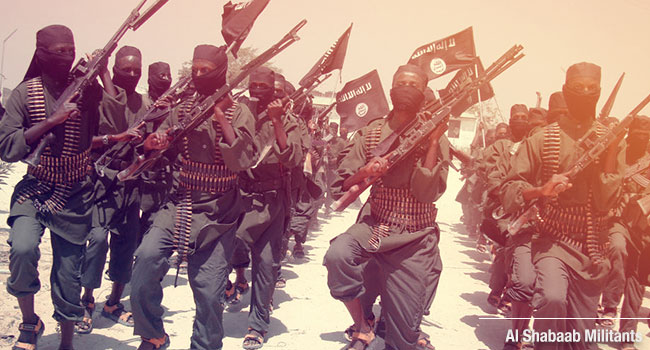 Following the deployment of the Kenya Defence Forces to Somali occasioned by incursions by Al Shabaab Militants, the Church in Kenya has witnessed a spate of atrocious terror attacks that have killed and maimed many. Many churches have either been destroyed, halted their worship, endured trauma and fear of the unknown. On 5th November, 2011 two grenades were thrown at a church in Garissa, Kenya, killing two people and injuring five others. Churches have been vandalized and burnt, Sunday school children killed and pastors shot dead in wanton attacks by the Islamic extremist group, Al- Shabaab.

Summary of attacks on churches

On November 5th, 2011, two grenades were thrown at a church in Garissa, Kenya. Two people were killed and five others were injured. Still in Garissa, the African Inland Church (AIC) and a nearby Catholic Church suffered an attack in July 2012 when masked gunmen stormed into the Churches spraying bullets and hurling grenades. 17 people were killed and more than 50 were injured.

In April 2012, another attack targeted God’s House of Miracles Church, Nairobi. A grenade was hurled at worshipers, killing one while seriously injuring 16 others.

In June 2013, a grenade exploded inside the compound of Earthquake Miracle Ministries Church in Likoni, Police reported that six people including a 10-year-old boy and the Pastor, were among those wounded. The Church was holding an evening open-air service when the attack occurred.

On September 30th 2013, at around 10:30 AM, a 9-year-old boy was killed and many others injured when a grenade was hurled at Sunday School children at St. Polycarp Anglican Church along Juja Road, Nairobi. In the same month, a Catholic Church was targeted in Wajir, a town in the northern part of the country not far from the border with Somalia. The attackers threw two grenades at the church and then shot at police guarding the area before escaping on foot.

In October 2013, young Muslim men set fire to a Salvation Army Church in the Majengo District in Mombasa as they clashed with police. They were protesting the killing of an Imam who was suspected of having ties to Al Shabaab.

It is now three years since gunmen launched a brutal killing spree at Joy in Jesus Church in Likoni, killing six worshippers and injuring many others.

On Sunday, March 23, 2014, Joy in Jesus International Ministry in Likoni was assailed by gunmen with faces covered in balaclavas,  at around10.30am as the faithful worshipped. While one of the attackers entered through the back door and sprayed bullets at the congregation, two others, armed with an AK-47 rifle and a pistol, waited outside and shot fleeing worshippers. Among those murdered was a mother, Veronica Osinya, who was worshipping with her two sons Satrine and Gift. She died while shielding her youngest son Satrine from the bullet. However, the bullet that killed her was lodged in Satrine’s head. Gift had to carry his younger brother in search of safety. In the days that ensued, doctors embarked on a surgical procedure that saw the successful removal of the bullet from the baby’s head.

The pastor now reports that many worshipers abandoned or fled from the church due to fear and trauma. The Church has endured a declining numbers of worshippers. What used to be a congregation of 350 worshippers has now been reduced to a congregation of 25 people. Five of the survivors are in dire need of medical assistance.

We commend our noble Kenya Defence Forces for the bravery and relentlessness exhibited in their pursuit to relinquish terrorist activities by the Al-Shaabab. However an array of questions, beg for a definitive answer. Are there counter-mechanisms that the Government has deployed to safeguard the church from future attacks? Has the government deployed any security to churches deemed to be in hostile regions or regions susceptible to attacks? Are there any compensatory mechanisms given to victims of such religious and terror assaults by the government? What has the state done to shield the Church from attacks targeting the State?

What does the law say?

As a tactic, Al-Shabaab has waged religious war by rallying its militants to battle against the Kenyan forces who they accuse of spreading Christianity in a country in which Islam is prevalent. The Church in Kenya has immensely borne the brunt of this persecution and intolerance. The threshold of Religious persecution is the systematic mistreatment of an individual or group of individuals as a response to their religious beliefs or affiliations or lack thereof.

Article 18 of the Universal Declaration of Human Rights guarantees that  everyone has the right to freedom of thought, conscience and religion. This right includes freedom to change his religion or belief, and freedom, either alone or in community with others and in public or private, to manifest his religion or belief in teaching, practice, worship and observance.

Article 32 of the Constitution of Kenya guarantees that every person has the right to freedom of conscience, religion, thought, belief and opinion. It further states that every person has the right, either individually or in community with others, in public or in private, to manifest any religion or belief through worship, practice, teaching or observance, including observance of a day of worship.

Article 50(9) of the Constitution further provides that Parliament shall enact legislation providing for the protection, rights and welfare of victims of offences.

Under section 19 of the Victims Protection Act, victims of such crimes, including acts of terrorism, are entitled to information that is necessary for the realization of their rights. The right of accessing information is guaranteed under Article 35 of the Constitution and Section 4 of the Access to Information Act.

The effects of terror-related deaths, injuries, persecution and trauma that have been visited upon churches in Kenya can no longer be ignored or go unspoken. The time has come to put the government to task on effecting mechanisms and strategies that guarantee the protection of the church and religious liberties as enshrined in the Constitution. The past performance of the government has time and again failed to take speedy action to guarantee Kenyans and especially Christians of their security. The plague of religious attacks on churches in Kenya by radical Islamists remains a threat that is yet to be given proper redress by the State.