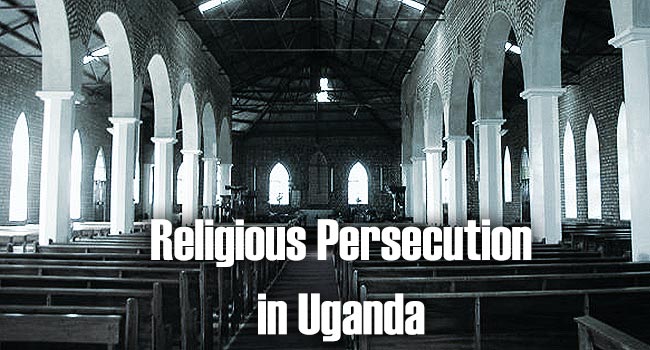 Uganda, an East African country is known as the world's second most populous landlocked country with about 84% of this population being Christians. The Muslims, who are primarily Sunni, represent 12% of the population. However despite the statistics, it is rather unfortunate to learn that there are cases of persecution in this country. There have been threats from terrorist groups like the Al-shabab who according to reports, threatened churches that they would be attacked. This happening in Uganda came after situation in neighboring countries for instance in Kenya, South Sudan, Somalia, and even in Tanzania, where there had been repeated attacks on churches.
In Uganda there have been reports of Christian converts being killed and others ex-communicated by their loved ones. For instance, a 15 year old girl is reported to have died after being beaten by her Muslim father who is also a known Imam of Bwita mosque in Kaliro District. The man is reported to have reacted to the news that his two daughters had converted to Christianity. The second daughter who is 12 years old is said to be in hospital recuperating after surviving the ordeal. Even though the father, Abdulah Ali was arrested and charged with murder, he was later released bail after denying the charge claiming that his daughter died in a motorcycle accident. Another report shows that a group of Muslim extremists tried to break into a church service outside Kampala City, armed with machetes and clubs, leaving a member with injuries and damages to the church building. Other reports show that some other Muslim extremists attacked and killed a 12 year old girl in Katira areas in eastern Uganda. The girl, whose father was a former sheikh and later converted to Christianity, was strangled to death while the father was hit unconscious by the attackers.
These are just among many more of such cases in Uganda. However it is important to note that it's not just the Christians who have suffered this religious persecution. Recent reports show that some sheikhs were detained over murder and terror charges. They are accused of killing two prominent Muslim Sheikhs; Abdul Muwaya and Mustapha Bahiiga. Arrests have been made of several people in connection with murders, including a brother to one of the deceased and also a close friend of the deceased.
This wave of insecurity has resulted in heightened tension both among Christians and Muslims, mostly because the police have not yet identified the root cause of the rampant murders especially among the sheikhs. Most of the suspects arrested have charges that include murder, terrorism and crimes against humanity.
Article 18 of The Universal Declaration of Human Rights states; '...everyone has the right to freedom of thought, conscience and religion; this right includes freedom to change his religion or belief, and freedom, either alone or in community with others and in public or private, to manifest his religion or belief in teaching, practice, worship and observance.
The citizens of Uganda have the right to choose whichever religion they like without a fear of being killed or tortured. It is the responsibility of the government to ensure that this fundamental human right is protected.

Thursday, 18 October 2012
The constitution of Nigeria stipulates that Nigeria is a secular state, it further guarantees religious freedom. However, this freedom has been... Read More...
Ignore the Church at your own risk. The vaccine is deadly.

Saturday, 01 November 2014
Tetanus is an incurable disease that infects the body through broken skin or wounds. The umbilical cord stamp of newborn babies is a possible entry... Read More...
Religion Question on War on Terror

Thursday, 03 June 2010
Kenya in East Africa, also falls in to this category, under a Christian leadership its nearly 40% Muslim population, mainly living in the... Read More...