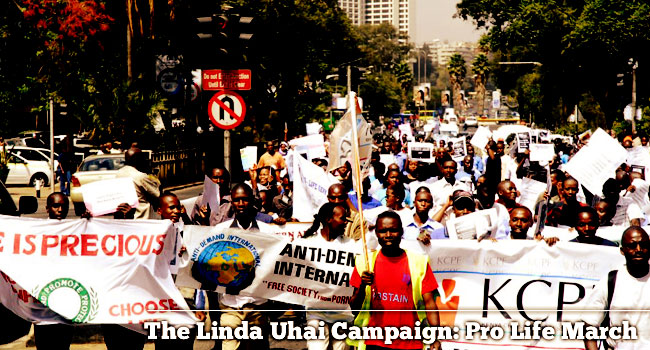 As part of the Linda Uhai Campaign, EACLJ joined the other pro-life activist in the pro-life march in Nairobi city organized by the KCPF. The Linda Uhai Campaign fights for the preservation of life as a right that every human being is entitled to, till its natural end. We believe that life begins at conception and ends at natural death. EACLJ has purposed to take part in this campaign as part of its mission and vision, which is to 'Defend life, Freedom and Liberty for all.'
Abortion is still a contentious issue in the new constitution with article 26(4) having created loopholes that need to be sealed.