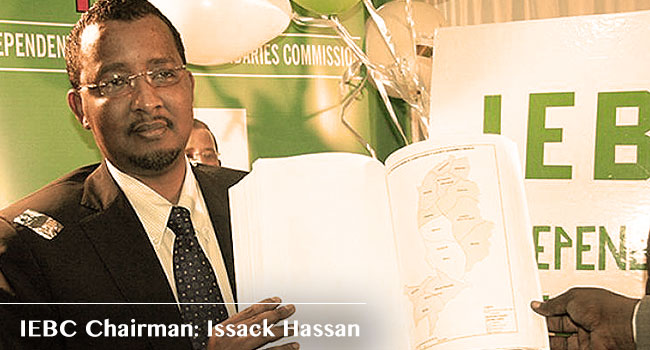 The year 2008 is regarded as one of the darkest moments of Kenyan history. In that year, over 1000 Kenyans lost their lives and over half a million more were displaced as a result of ethnic clashes. The dispute arose when Mwai Kibaki was declared the winner of the just concluded 2007 elections. Things calmed down when the National Accord and Reconciliation Act was signed, effectively creating a power sharing agreement between the incumbent President Mwai Kibaki and Raila Odinga who became the Prime Minister.

As one of the ways of healing the nation, the newly formed Coalition Government sought to bring about electoral reforms. The 10th Parliament disbanded the Electoral Commission of Kenya and replaced it with the Interim Independent Electoral Commission pending the promulgation of the new constitution.

The Constitution of Kenya 2010 established the current Independent Electoral and Boundaries Commission (IEBC). The Commission was founded in 2011 and is made up of nine commissioners. They were appointed by the two principals of the Grand Coalition Government and approved by the 10th Parliament. This was made possible through the enactment of the Independent Electoral and Boundaries Commission Act of 2011 and later, the revised Elections Act which governs elections. The Commissioners are to serve a six-year term beginning 9th November 2011, which would take them through to the end of the next general elections.

In recent weeks, Kenya has been caught up in political unrest following a call by the opposition demanding the disbandment of the IEBC. The Opposition argues that the electoral body has lost public confidence, alleging that the Commission is biased towards the current government. In a move designed to force the President's hand, the opposition have organized numerous demonstrations across the country. The President and the ruling Party have however insisted that they are going to stay within the confines of the law.

Article 251 of the Constitution of Kenya provides for the removal of the Commissioners as follows:

Basically, while the demonstrators have the right to picket as provided for under Article 37 of the Constitution, there is only one legally authorized way of doing away with the IEBC. It is however not possible to disband the whole commission at once under the law. The commissioners can only be removed from office if the one desiring the removal is able to persuade the President, through the National Assembly, to establish a tribunal to investigate the commissioners' conduct. The investigations would focus on the individual culpability of each commissioner and the recommendations made thereafter don't necessarily have to be about the removal of the commissioners from office.