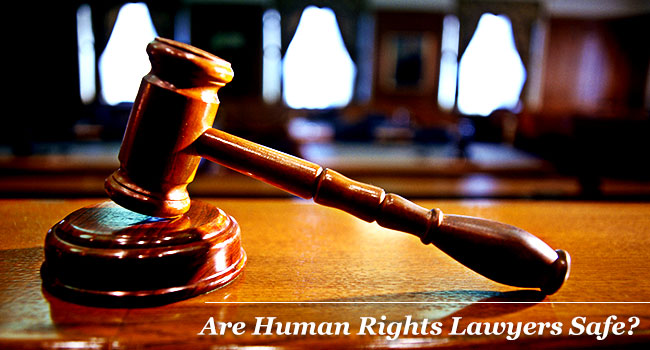 Since the recent disappearance of a human rights lawyer in Kenya the legal profession has been taken aback and the question evoked is how safe are Lawyers in Kenya while dispensing their duties?On 23rd June, 2016 Willie Kimani, an advocate with the International Justice Mission; Josephat Mwendwa his client and Joseph Muiruri their cab driver went missing after attending a court session at the Mavoko Law Courts. It was later reported that the vehicle they were travelling in was recovered in Tigoni. Media reports indicate that Mr Mwendwa had lodged a complaint against an Administrative police who had shot him in the leg. The complaint also involved attempted murder in a dispute that was of a personal nature.Lawyers have always played a major role in ensuring that victims of human rights violations are adequately protected and that perpetrators of such violations are brought to book. In executing their duties as the officers of Court, Lawyers should be guaranteed of their independence and non-interference from external bodies. As human rights defenders, lawyers should not become victims of retaliatory measures or intimidation. Yet again, clients should be guaranteed of their safety whilst in pursuit of redress from the courts. Such protection should be guaranteed by the Government through its security agencies.We condemn any extra judicial mechanisms that may be employed to circumvent the Law and frown upon attempts to arbitrary interfere with lawyers and clients.To this effect, we urge the Government and the public at large to harness their efforts and help us find Willie, Eric and John who have been missing and further guarantee the safety of LAWYERS as Human rights defenders.WE the East Africa Centre for Law and Justice join with other Human Rights Organizations and the Kenyan Legal fraternity to vocalize our support in finding Lawyer Willie Kimani, his client Eric Mwendwa and John Muiruri, the cab driver.