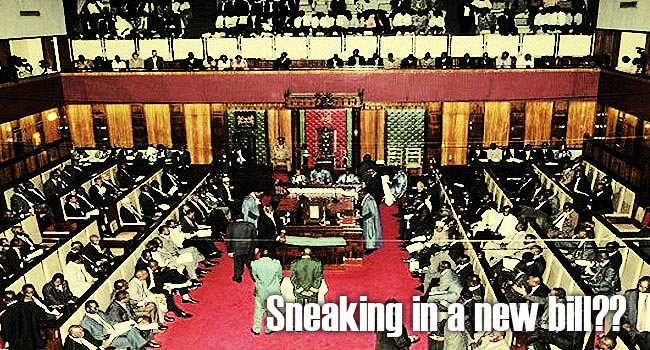 Currently there is a bill that is believed to have been drafted by the office of the president to restructure the administration in line with the provisions of article 17 of the sixth schedule in the constitution. The bill is not yet public but it has been noted that the Commission for the Implementation of the Constitution (CIC) and the Kenya Law Reform Commission (KLRC) were not consulted or involved in any way in the entire drafting process. A quick read of article 17 of the sixth schedule, reveals that such restructuring is allowed only "...to accord with and respect the system of devolved government". The new bill is said to retain district commissioners and create the title of county commissioners who would chair the National Government Services Delivery Committee. These committees are to operate at the county level and district level and are to be answerable to the national government.

Tuesday, 25 June 2013
By Joy MdivoThe new Constitution has been developed in a spirit of "for Kenyans by Kenyans". Now that it is in force, how much of it will benefit... Read More...
The Christian Medical Fellowship - Abortion

Thursday, 03 June 2010
The Pro Life Movement is composed of all who assert and promote the sanctity of human life from conception to natural death Proponents of abortion... Read More...
The Controversy Surrounding the County Allocation of Revenue Act

Monday, 09 September 2013
President Uhuru Kenyatta's Assent of the County Allocation of Revenue Bill was the first step in setting the stage for County Governments to receive... Read More...