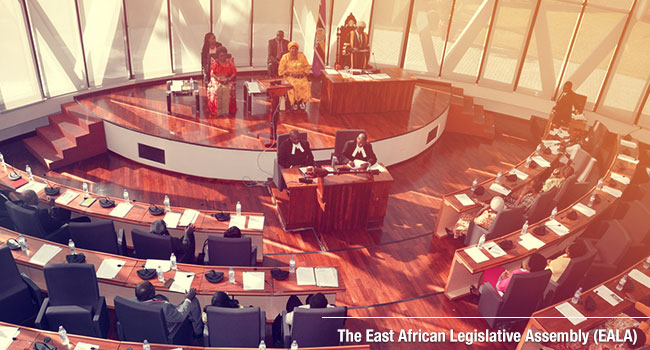 On Tuesday, the EACLJ submitted a Petition to the the East African Legislative Assembly (EALA) seeking to block attempts to legalize abortion through The East African Community Sexual and Reproductive Health Bill, 2017. The EAC member states include Uganda, Kenya, Tanzania, Rwanda, Burundi and South Sudan. The Petition will be priceless in protecting the family and in advocating for the rights of the unborn as encapsulated under the Constitution.

In the recent past, fundamental institutions such as parliaments and courts have been under increasing attack by UN agencies and treaties, politicians, activists and special interest groups to adopt laws that make elective abortion a convenient right. The media has also not been spared. Through the Petition tendered by our Advocate, Melissa Lukulu, EACLJ seeks to protect the family against threats such as abortion and autonomous “rights” for children that undermine parental rights and obligations.

Parents still maintain the right to direct the moral, spiritual and intellectual upbringing of their children. We seek to revoke the clauses that legalize abortion and provisions that curtail parental rights. We espouse that liberal abortion laws do not have a noticeable effect on decreasing maternal mortality whereas bolstering the quality of health care achieves this.

The Petition asserts that “reproductive health” and “reproductive health rights” must not be understood to include the right to abortion or to impose a burden on governments of the member States to provide access to or to fund abortions or to change our laws relating to abortion. In addition, “reproductive rights”, should not be understood to imply any right related to assisted reproduction, reproductive technologies, or adoption of children. We have since challenged the EALA to clearly state and ascertain this distinction in order to safeguard tax-payers monies.

Amongst other controversial provisions contained therein, section 6(1), imposes the right to seek age-appropriate sexual and reproductive health education. This right should include the need for parental consent, guidance and involvement with respect to any related education administered to underage persons and adolescents.

The Bill intends to legalize abortion, contrary to the Laws of the East African countries where abortion is illegal, by providing that where the pregnancy endangers the woman’s health and life, “the partner states shall safeguard and give effect to the reproductive rights of a woman by permitting the termination of pregnancy...”.

We, the EACLJ, detect many loopholes that repudiate the rights of the unborn and therefore our team will endeavor to ensure that justice is availed for the unborn and to defeat abortion on demand. The Constitution remains the supreme Law of the land and provisional inconsistency introduced by the Bill shall be construed to be invalid to the extent of the inconsistence.