Can The African Court of Justice Deliver? 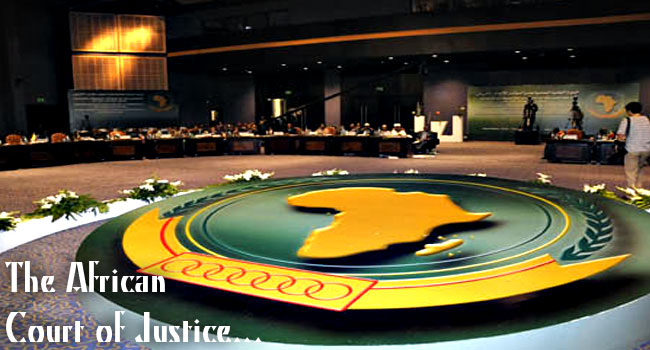 Amidst the shambles facing Africa, which include food crises, political unrest and wrangles, ethnic qualms, sinister economies with enormous disparities between the rich and the poor, fate has not spared us. Atrocities and wars that have shaken the continent and probably changed its history have been witnessed. I need not to mention the dictatorial governments and the echelons that have divided the people's unity and left indelible marks of economic and social mutilation. If this has not painted the picture as it is, most certainly the mention of Rwanda, Sudan, Central African Republic, Congo, Ivory Coast, Uganda, Liberia, Libya and sadly Kenya rings a bell.

In order to catch the "bad guys" and not let them go unpunished as was the trend, the International Criminal Court (the ICC) was established under the Rome Statute. It is a permanent tribunal meant to prosecute the perpetrators of genocide, crimes against humanity and war crimes. However, there has been a twist of events as "Africa" is crying foul over the ICC which has been accused of targeting African leaders. The idea of having a permanent international court to deal with atrocities of the kind committed during the Second World War and to judge political leaders accused of war crimes was first recognized by the UN General Assembly. Currently, 121 states are party to the Rome Statute, including thirty-one of Africa's 53 nations and nearly all of Europe. A further 32 countries have signed but not ratified the Rome Statute. "Ratification" means that a State establishes its consent to be bound by a treaty while "Signing" means that the State has not expressed its consent to be bound by the treaty until it ratifies, accepts or approves it. A State that signs a treaty is obliged to refrain, in good faith, from acts that would defeat the object and purpose of the treaty until they declare they do not intend to become a party to the treaty. Apart from the ICC, other International courts include/ have included:

vi. Extraordinary Chambers in the Courts of Cambodia

The conviction of the upper political echelons of the Continent is that the African Court of Justice has the capacity to exercise the mandate of the ICC if proposed amendments are approved by Heads of State .The move will further facilitate a take over of cases facing top African leaders at the Hague-based court. This is scheduled to take place in the African Union summit that also intends to endorse recommendations by Africa's Ministers of Justices and Attorney Generals to extend the African court's mandate to include prosecutions for genocide, war crimes, and crimes against humanity. The meeting kicked off on 9th of July and is expected to end on 16th July 2012. The AU seeks to expand jurisdiction of the African Court of Justice and Human and Peoples' Rights so that it can deal with international crimes, which are currently exclusively left to The Hague court. The African Court of Justice handles civil matters that relate to the protection of human rights and consolidation of good governance.

Be that as it may, the last thing we want and expect is an adulterated justice system that leaves the guilty unpunished and the violated without a recompense. Honestly speaking, attaining an institution that satisfies the international threshold of justice in Africa, especially one that is without political interference, would be a far-fetched thought as of now. Any injustice that has been occasioned needs to be vindicated, through a system that will not only come up with penal measures but also foster a deterrence of the reoccurrence of similar heinous acts. For our confidence to shift back to the African Court of Justice, the rule of law has to be affirmed for African war criminals. This will first stem from our leadership in the continent before it is exhibited in the African Court of Justice as proposed.